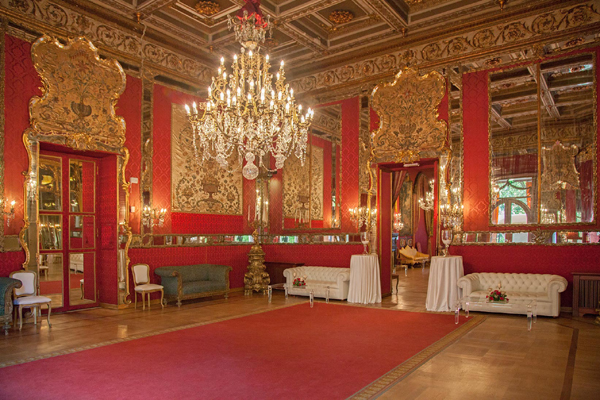 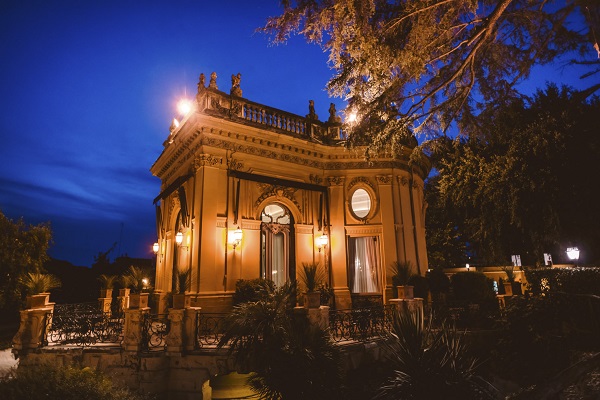 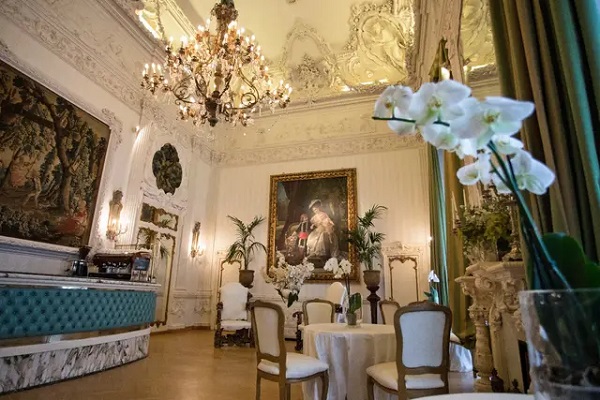 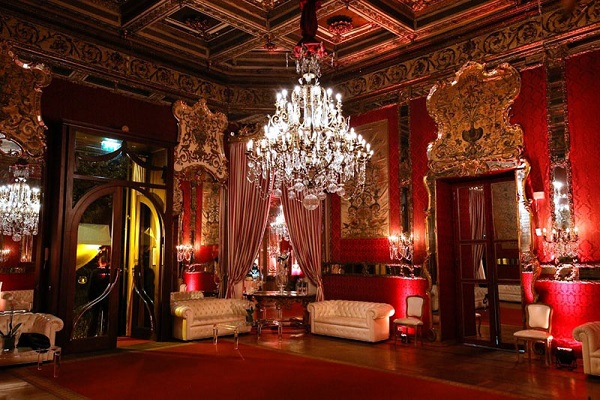 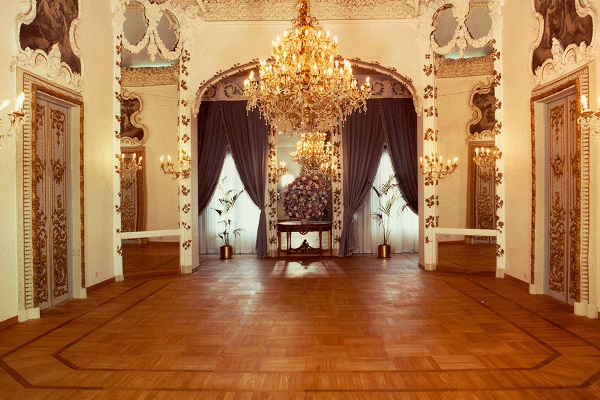 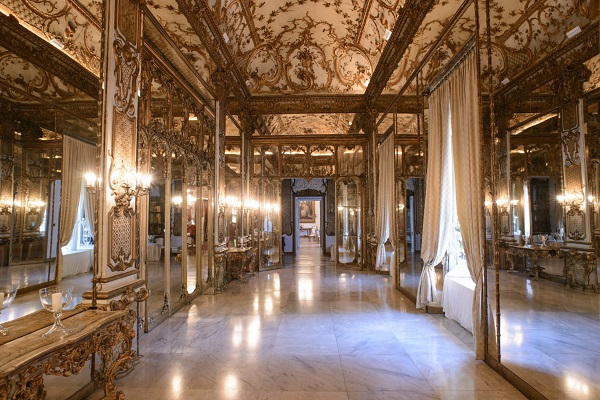 One of the most beautiful and exclusive Patrician Palaces built around the end of the 19th century, a rare example of classy and refined elegance. Palazzo Brancaccio dates back to 1880 and was the last Roman palace ever constructed inside the Aurelian Walls, in a beautiful natural park with old plants and fountains. It is sited in the Monti district, between the Colosseum and the papal Basilica of S. Maria Maggiore on the Esquiline Hills, the highest and largest of the seven hills of Rome, more specifically on the slopes of the Colle Oppio, largely occupied by the public Archaeological Park of Trajan full of Roman ruins. Here is buried the huge and still preserved complex of Domus Aurea built by Emperor Nero Claudius Caesar.
A popular legend says that the famous Tower of Maecenas standing on the Esquiline Hill was incorporated into the structure of the Palace; according to the legend it was from this Tower that Emperor Nero watched the Great Fire while singing and playing the lyre more than 2000 years ago.

The palace has been very often chosen as the set for the production of movies and commercials.
Palazzo Brancaccio’s wonderful halls were filmed for interior scenes of two Oscar winners movies:


Palazzo Brancaccio belonged to the American Mary Elizabeth Bradhurst Field whose daughter married the Neapolitan nobleman Prince Salvatore Brancaccio.
She commissioned the Roman architect Gaetano Koch to build a sumptuous palace for her daughter and her husband prince Brancaccio. The architect was well celebrated and known in Rome for the construction of the palace of the present Bank of Italy and for Boncompagni-Ludovisi Palace, the current location of the USA Embassy. He erected a three-storey building, in a Classical, elegant style, with luxurious interiors and with an ample curve ashlar portal and a park at the back.
They used the venue to give grand parties for the Roman and foreign aristocracy and also in honour of the King Umberto of Savoy. To enrich the interiors Mrs. Field hired the painter Francesco Gai who decorated most part of the palace, walls, ceilings and designed furniture, cabinetry, chimney and restored antique paintings. He also realized the beautiful Ninphaeum and the rich mural decorations in the charming Hunting Lodge, turned into a Coffee House. In 1922, the son of Prince Brancaccio commissioned Carlo Sacconi the last architectural works. In 1916 a theatre was opened next to the palace, the Teatro Politeama Brancaccio, still open now and devoted especially to musicals.
The rooms are richly decorated in a baroque and rococò style with luxury and opulence: red velvet curtains, tapestries, carpets, brocade, mirrors, refined crystal chandeliers, stuccos, gold plaster and frescoes. There are many halls where you can dance, meet new friends, have a drink, enjoy an ice cream or a piece of cake: The Grand Hall, The Hall of Angels, The Red Hall, The Tapestry Hall, The Gallery of Mirrors and The Room of the Vestals with the bar.